The Rockhill neighborhood got its start when a young man named William Rockhill Nelson came to Kansas City in 1880 to seek his fame and fortune.  He established the Kansas City Star shortly after his arrival and began to build the newspaper into a successful business. Along with his interest in news reporting, Nelson had an interest in urban development.  He believed that cities should be pleasant environments for its citizens and so he began building in the area south of downtown just north of Brush Creek. Nelson’s estate was located on what are now the grounds of the Nelson Atkins Art Museum. His carriage house still stands today at the corner of 47th terrace and Rockhill Road.

Nelson was a real estate developer before he was a journalist, so he always had that interest. The first development that he did in Kansas City is DeGoff’s Way which is north of Linwood.  He was a major proponent of the City Beautiful movement, preferring to use the shape of the terrain rather than a grid pattern. A major part of this movement, too, which emerged in the late 1880s, was also the emphasis on maintaining natural beauty, hence flowing lines, abundant trees, and more. This the physical counterpart to the Art Nouveau movement in design. Nelson designed and built Rockhill Road at his own expense, partly because it was the entrance into his estate on the south end. Under the terms of his will, Oak Hall was torn down and the property set aside for a museum. Nelson had long brought copies of famous paintings to Kansas City which were later put on view.

The Rockhill room is located in the carriage house. It boasts a host of amenities including: 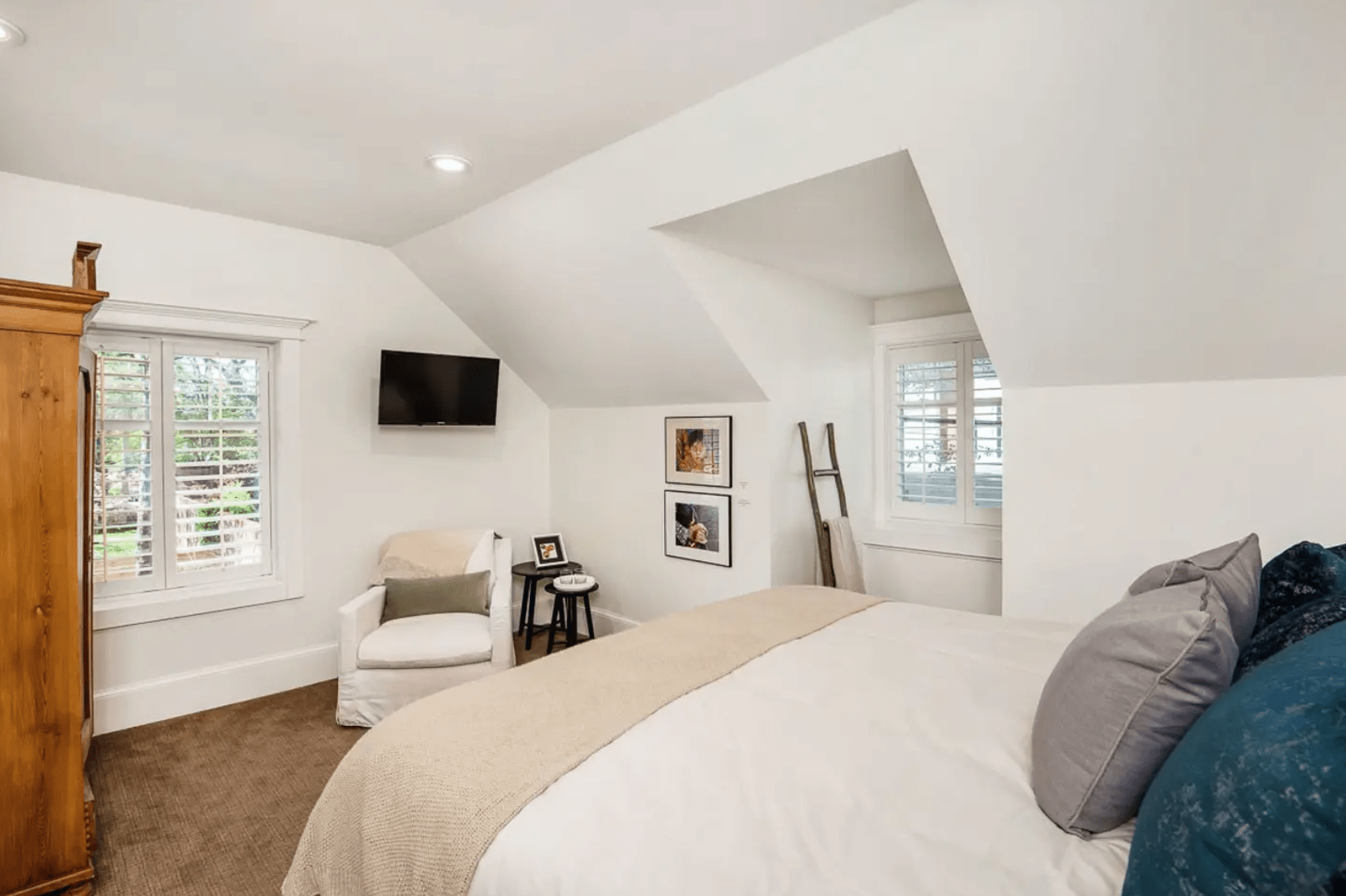 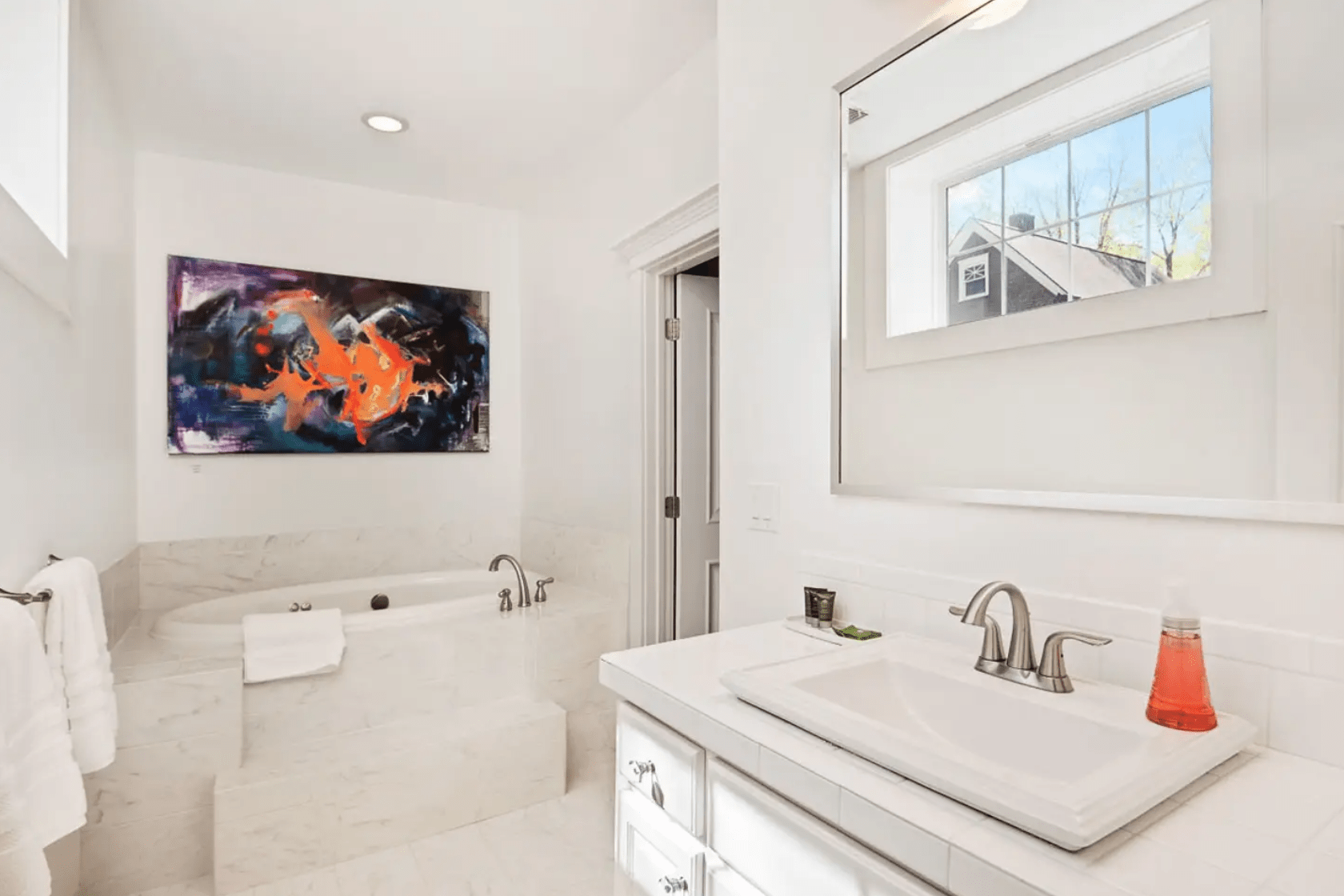 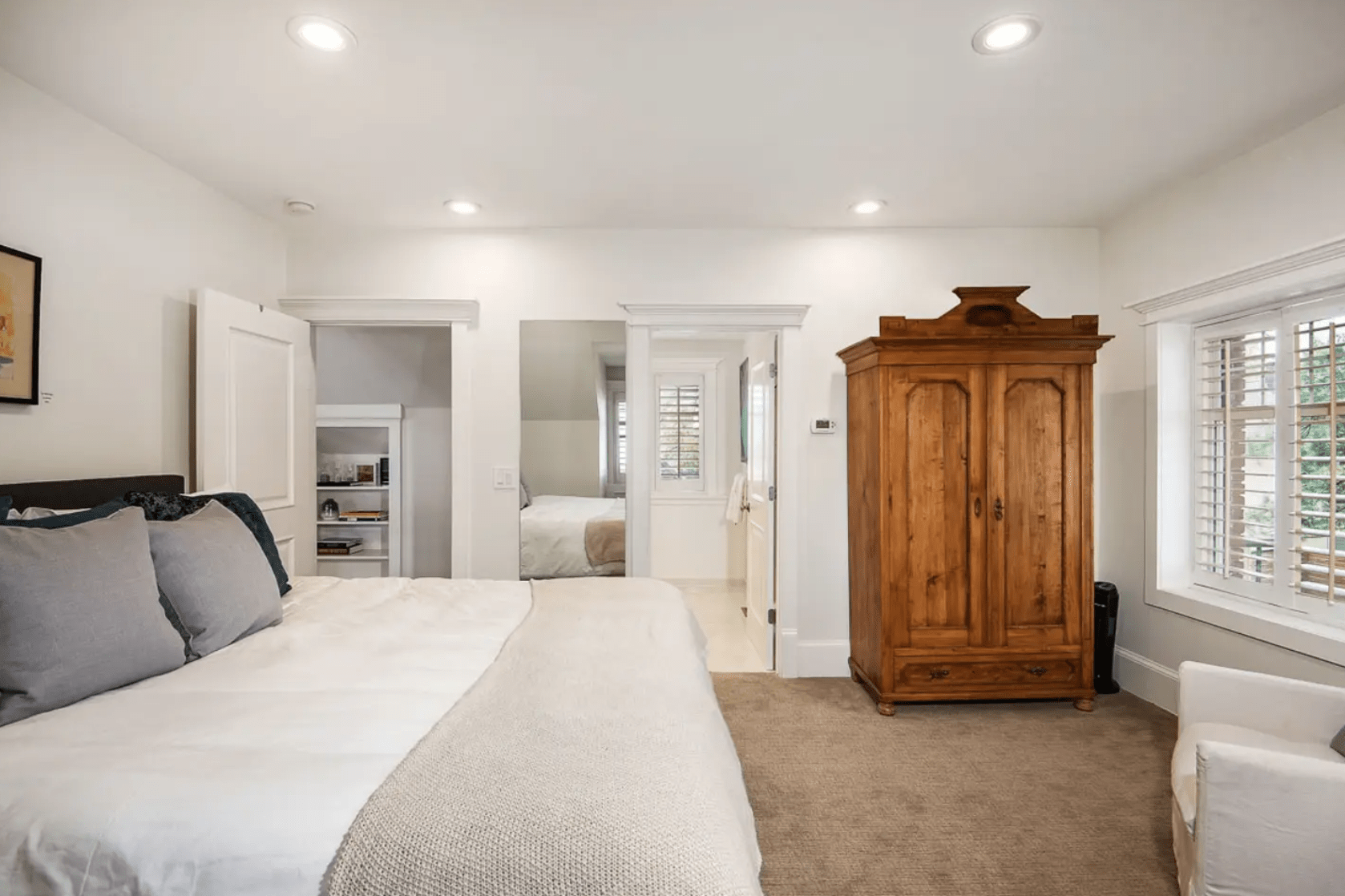 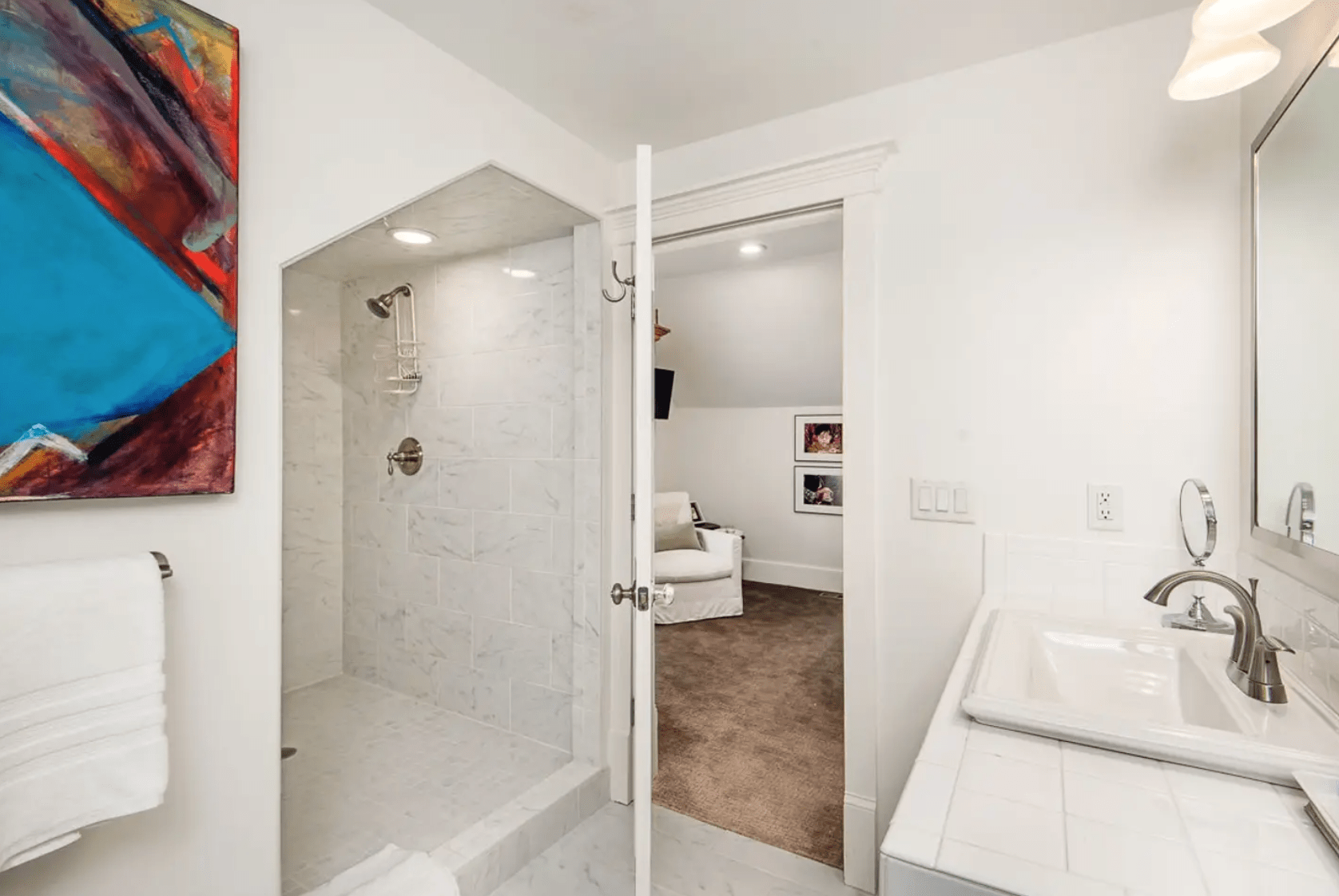 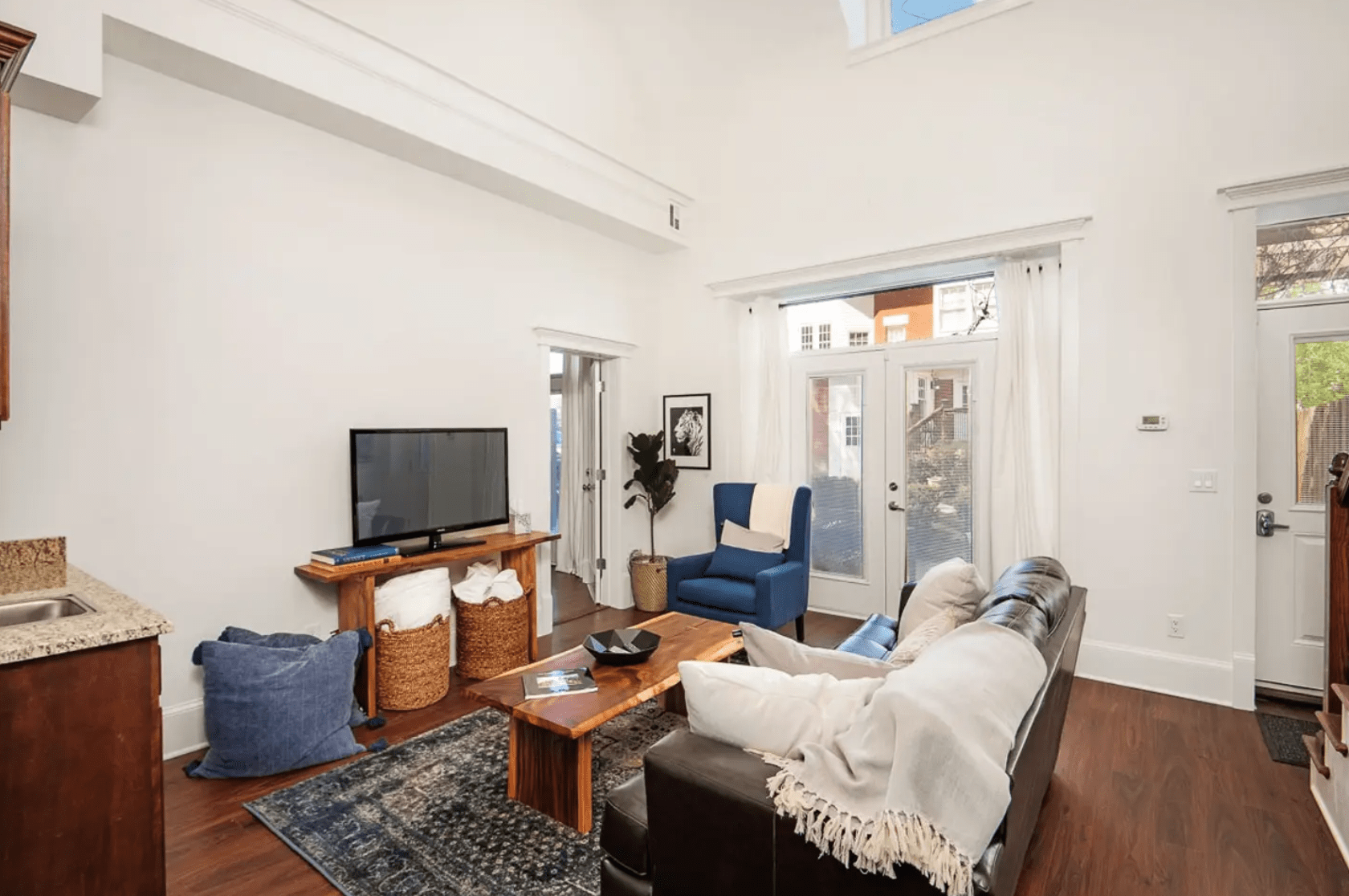